Share
Too much sun exposure can lead to wrinkles and age spots as the skin becomes lined, discoloured, and leathery. It also increases your risk of developing a variety of cancers, such as melanoma. When most people develop wrinkles or age spots, they look for ways to lighten them. The standard approach is to use chemical peels and other treatments that may temporarily brighten skin and reduce the appearance of visible signs of aging. However, natural ingredients can serve as safe alternatives for these products with little or no side effects. That is why wearing safety clothing and sunhats are advisable, especially when you're going outside.

What Can it Cause? 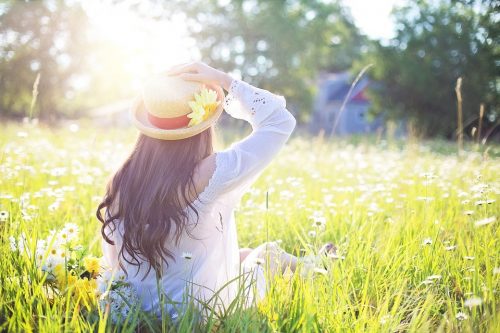 Exposure to ultraviolet radiation, one of the primary sources of vitamin D, can be dangerous. Some of these dangers include skin cancer and heart problems. The more exposure you have to UV rays in tanning beds, for example, the more likely it is that your skin will get damaged and that your immune system will weaken, making you more susceptible to certain illnesses such as depression. Ultraviolet radiation has also been found to damage DNA, leading to sun-related health risks later on in life.

One way ultraviolet radiation is believed to cause skin cancer is by directly damaging your DNA. Ultraviolet light can also damage the cells that make up the outermost layer of your skin. Over time, this could lead to wrinkles and a leathery appearance. Sunburns also play a part in skin cancer as they trigger an immune system response in the body which can cause inflammation and damage tissues. In the long run, this could lead to skin cancer if your immune system is overworked from too many sunburns.

Exposure to ultraviolet radiation may also pose risks for people who already have heart conditions such as atrial fibrillation and high blood pressure. It is believed that ultraviolet radiation can lead to the hardening of arteries in people who have heart problems. This could make it more difficult for them to pump blood and increase their risk of stroke. Exposure to UV light may also be related to other circulatory conditions such as varicose veins, spider veins, and broken capillaries.

UV rays can also cause your DNA to mutate and damage the genetic material in your cells. This could lead to skin cancer, eye problems such as cataracts, and immune system-related illnesses such as multiple sclerosis. People who work outdoors regularly are most at risk for some of these problems because of the constant exposure to UV rays. However, people who spend too much time at indoor tanning salons or use sun lamps are also at risk. UV Radiation and Depression There is a lot of ongoing research trying to establish a link between UV radiation and depression. While some studies show that this kind of light can cause depression in people who do not have a history of the illness, other studies suggest no link between the two.

Exposure to sunlight can also lead to dehydration, which can cause fatigue and irritability. Oxidized cholesterol levels may be the reason for this. In addition, when you are exposed to UV rays regularly, your body produces vitamin D stored in your liver. Therefore, exposure to additional ultraviolet light can make vitamin D more difficult for your liver to process, which could make you feel fatigued. Ultraviolet radiation is just one of the many things that can bring on a case of the blues. In addition, there may be other factors at hand causing your depression, such as stress, anxiety, or poor diet and exercise habits. That's why wearing protective clothing and sun-protecting hats are beneficial for you. Remember always to keep yourself hydrated and safe from the heat of the sun!
Tags: Effects of too much sun exposure
Share
Previous articleNext article